Firefox 3.5 was released yesterday and it offers some important improvements in speed and new web standards. It also makes a few changes to the way that SSL Certificates are handled. Primarily, it changes how SSL errors are displayed: 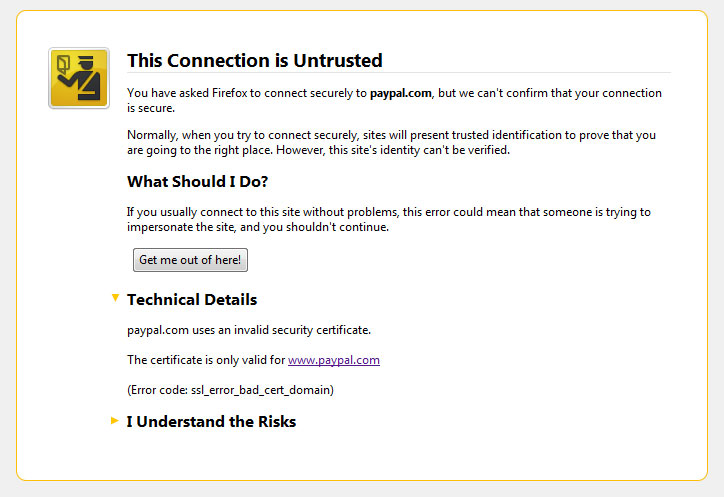 The SSL certificate errors in Firefox 3.5 place great importance in making it clear to users that there is a problem with the certificate on a site. In some cases, the "Technical Details" section, which actually explains what is wrong, is not even shown until the user clicks on it. Further, if the user still wants to continue to the site (if the site is using a self-signed certificate, for example), he will have to click on "I Understand the Risks" and then the "Add Exception" button. This adds an extra click to the process of approving a self-signed certificate. While this seems small, many Firefox 3.5 users will likely complain just like they complained about the way that SSL Errors are handled in Firefox 3.0.

It appears that this is caused by certificates from those providers not having OCSP set up correctly. A bug report has been submitted about it, and users have asked about it ,but more information should be provided soon. Thanks to Paul Smith for informing us of this issue.